Journey of a Sperm Donor

I was a donor a few years ago and was contacted to write a brief letter regarding my experience. I was more than happy to oblige as, above all, my time with the California Cryobank was nothing but positive. I first became aware of the Cryobank as you may have, through an ad in my school's newspaper. Admittedly, the prospect of being remunerated for my time was a top priority at that moment; I had thought little of the greater implications and promptly filled out a brief online application. Based on the results, I was then instructed to set up an in-person appointment and fill out a form application. 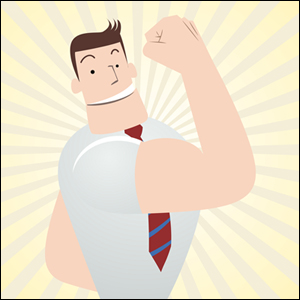 It was at this in-person step when I started to have a number of worries about the consequences of joining. I wondered about being someone's biological father and what the significances were of that. I mean, who would want - really want - my genes? Still, I was not even a donor yet, so until they actually accepted me, most of those issues were moot. I remember feeling a bit awkward when I went to the first appointment to fill out the application. However, on arriving at the Cryobank, the staff was friendly, respectful, and understanding. Make no mistake, the application process was intensive. They care deeply for the safety of their clients, and I was tested for a number of infectious and genetic diseases… I was always treated well though, and I even learned a few things about myself along the way.

What I appreciated most was how they took the time to explain to me each step in the process, kept me informed, and addressed all those worries I had troubled over before. They explained in detail what was expected of me, how the donor program works, and the distinctions between open donation and anonymous amongst many other issues.

Above all, I learned about families that need people to be donors so that they can fulfill their dreams of having a family. I felt good about contributing to that. A donor can help give a loving couple a child, and what gift could possibly be greater? The financial compensation didn't exactly hurt either.

Once accepted, as far as being a donor, that part is pretty simple… I had a great rapport with the staff that worked there and never felt embarrassed about being a donor.

I look back fondly at the time I was a donor and feel content that I chose to be one. I wonder if someday I'll be contacted through the California Cryobank by a man or woman looking to meet their biological father. I don't expect to. Still, while I could never hold a candle to their real parents, the people who raised and loved them from infancy, I think it would be quite something to find out the kind of person he or she has become and where they are headed.